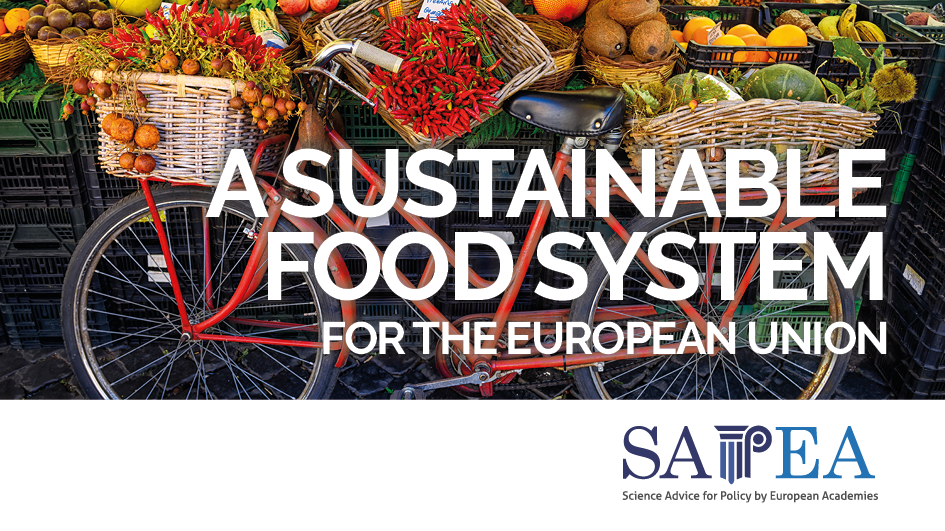 Now a new report from SAPEA lays out the social science evidence on how that transition can happen in an inclusive, just and timely way.

The Evidence Review Report ‘A sustainable food system for the European Union’ provides an evidence base for the scientific opinion of the European Commission’s Chief Scientific Advisors. It was written by a multidisciplinary group of leading scientists, nominated by academies across Europe.

Based on the best available evidence and supported by a detailed systematic review, the report concludes that the key steps towards the new model are not only to reduce food waste and to change our consumption patterns — but also to recontextualise how we think about food in the first place.

Professor Peter Jackson, the chair of the working group that wrote the report, said:

“Food is an incredibly complex system, with social, economic and ecological components. Yet, it contributes significantly to greenhouse gas emissions and plays a key role in driving climate change. The food system is responsible for around a third of global greenhouse gas emissions. The UN’s Food and Agriculture Organisation estimates the annual financial cost of wasted food to be €900 billion in economic costs and an additional €800 billion in social costs. That’s why ‘business as usual’ is no longer an option.

“Our report doesn’t stop at highlighting the problems, which are now widely recognised. It also provides a range of evidence-based examples about how the transition to a sustainable food system can happen.”

Among the report’s other main conclusions are:

The report informs the Scientific Opinion from the European Commission’s Group of Advisors, which is also being published today and which in turn will inform the Commission’s new ‘Farm to Fork strategy for a sustainable food system’.