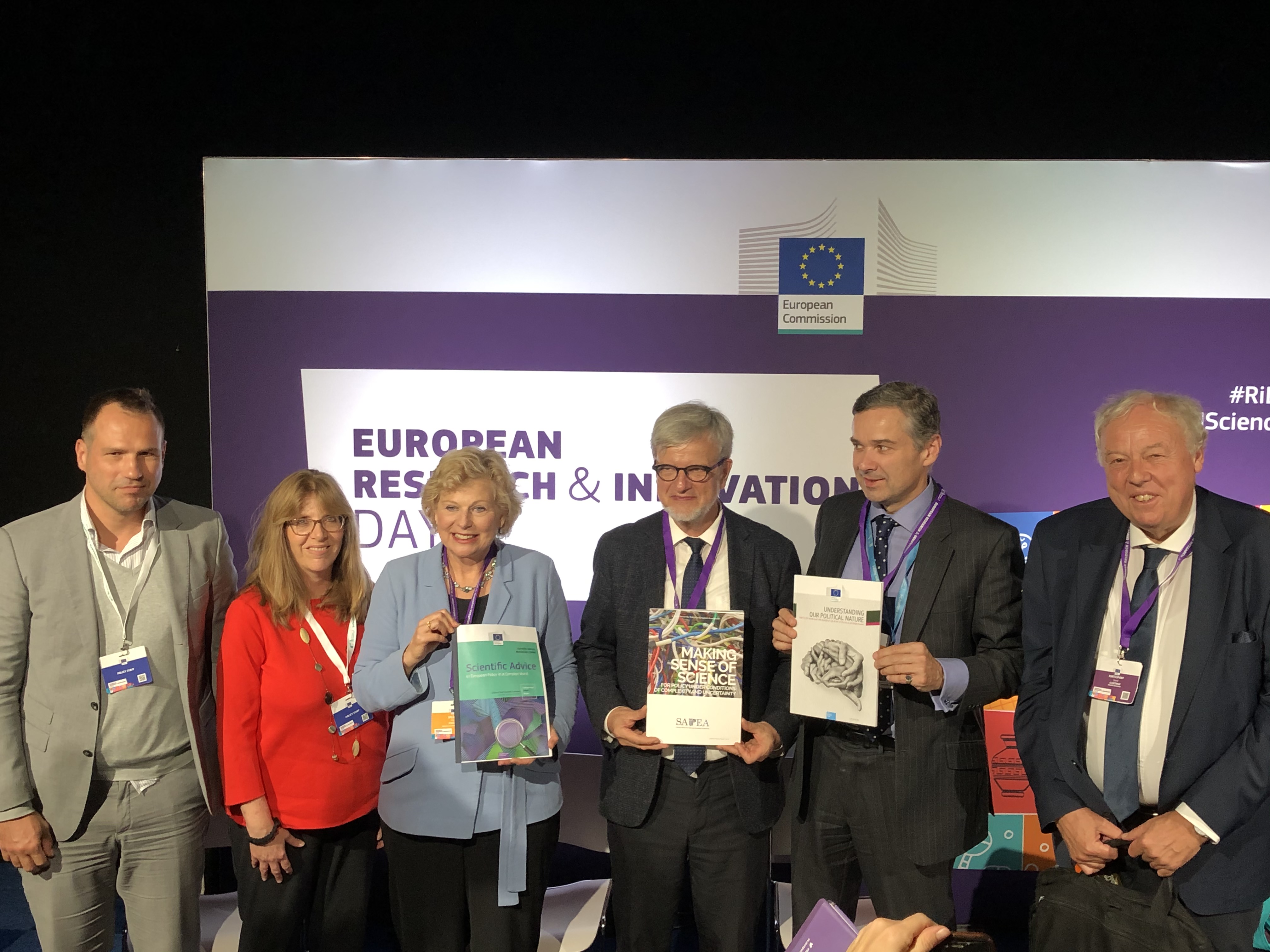 The SAPEA evidence review Making sense of science for policy under conditions of complexity and uncertainty, published this summer, provided the basis for the Chief Scientific Advisors’ own Scientific Opinion on how scientists and policymakers should interact at a European level. Evidence and recommendations from both documents will hit the desks of incoming European Commissioners this November.

There was a full house on the third day of the EU’s Research & Innovation event as Professors Ortwin Renn and Pearl Dykstra debated issues such as the role of evidence in democratic decision-making, the crisis of trust in expertise, and how to combat misinformation and fake news.

Professor Renn is chair of the working group that wrote the SAPEA evidence review report, while Pearl Dykstra is vice-chair of the Commission’s Group of Chief Scientific Advisors.

Alongside the SAPEA report and the Scientific Opinion, David Mair of the EU’s Joint Research Centre also presented Understanding our Political Nature: How to put knowledge and reason at the heart of political decision-making, a study which tackles issues of trust and misinformation in public debates.