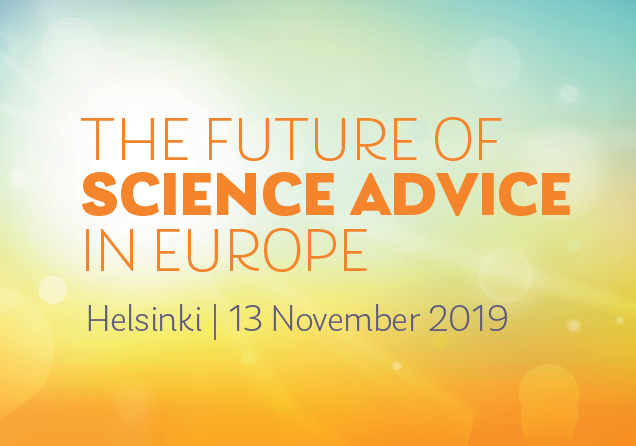 Headline speakers include the European Commission’s Chief Scientific Advisors, senior members of the Finnish government, leading researchers and academy representatives from across Europe.

The event will take place in Helsinki, Finland on 13 November 2019. It will bring together together leading practitioners and scholars to reflect on emerging trends, weak signals, and promising opportunities for developing next-generation science advice capabilities. Discussions will be of particular interest to members of Europe’s science advice community.

The focus will be on both EU-level and national level science advice. The event will also provide useful input to Finland from around Europe as Finland develops its next-generation science advice mechanism.

The event is free to all participants.